CHP has made a significant contribution to helping young refugees by making sure they received more than 90 pre-packed bags of clothing, shoes and other living essentials.

The duffle bags had previously been stored on the fifth floor of Attwood Green Health Centre in Birmingham and were discovered by Tenant Liaison Manager Jake Hayden-Wright as he worked to ensure the space was ready for a major new service moving in. 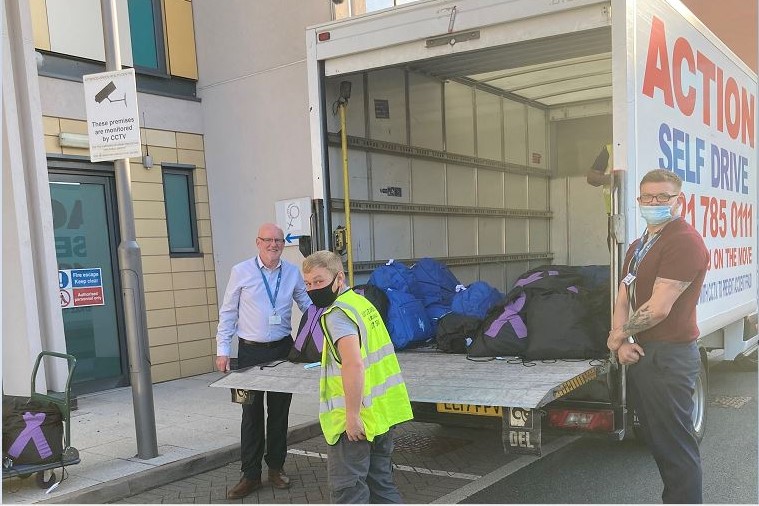 He quickly realised how useful they would be for the current young refugees, including those from Afghanistan, and contacted the charity Separated Child to offer to send them to their offices.

The ruck sacks and arrival packs were transported to their Manchester depot from where they will quickly be distributed to those who urgently need them.

“We were thrilled to receive the call from Jake at Community Health Partnerships. Demand for our packs has more than doubled this summer so being able to redistribute nearly 100 packs to ensure they are available where the need is greatest is a real result, for both the charity and for the young people we support,” said Richard Hammond, CEO, The Separated Child Foundation. 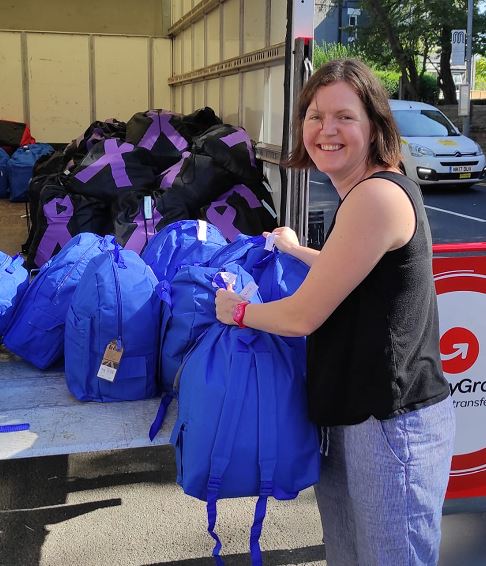 “I was so pleased to be able to stumble upon these arrival packs, whilst helping another valuable service move in, they will be a valuable asset for those in real need of these clothing and living essentials” said Jake Hayden-Wright, TLM at Attwood Green. “Many of these young people are arriving in the UK with nothing and I hope this will make a real difference to them in the early days of being here. I would also like to reach out to the Separated Child Foundation and thank them for working with us and providing their support, in order for us to distribute the packs to their base in Manchester, ready for those young people as soon as they arrive.”

About the Separated Child Foundation

The Separated Child Foundation offers emotional, social, financial and physical support to separated children and young people in Britain up to the age of 21. The charity also engages in educational activities that raise awareness of their needs and encourage positive responses to them. They are currently running an appeal to support young people arriving in the UK from Afghanistan.
Follow on Twitter: @separated_child

We use cookies on our website to give you the most relevant experience by remembering your preferences and repeat visits. By clicking “Accept All”, you consent to the use of ALL the cookies. However, you may visit "Cookie Settings" to provide a controlled consent.
Cookie SettingsAccept All
Manage consent

This website uses cookies to improve your experience while you navigate through the website. Out of these, the cookies that are categorized as necessary are stored on your browser as they are essential for the working of basic functionalities of the website. We also use third-party cookies that help us analyze and understand how you use this website. These cookies will be stored in your browser only with your consent. You also have the option to opt-out of these cookies. But opting out of some of these cookies may affect your browsing experience.
Necessary Always Enabled
Necessary cookies are absolutely essential for the website to function properly. These cookies ensure basic functionalities and security features of the website, anonymously.
Functional
Functional cookies help to perform certain functionalities like sharing the content of the website on social media platforms, collect feedbacks, and other third-party features.
Performance
Performance cookies are used to understand and analyze the key performance indexes of the website which helps in delivering a better user experience for the visitors.
Analytics
Analytical cookies are used to understand how visitors interact with the website. These cookies help provide information on metrics the number of visitors, bounce rate, traffic source, etc.
Advertisement
Advertisement cookies are used to provide visitors with relevant ads and marketing campaigns. These cookies track visitors across websites and collect information to provide customized ads.
Others
Other uncategorized cookies are those that are being analyzed and have not been classified into a category as yet.
SAVE & ACCEPT