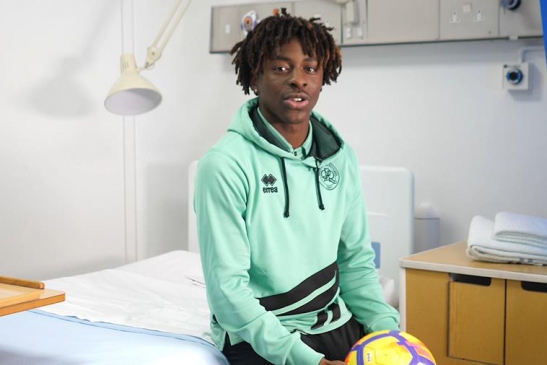 The campaign includes players from QPR’s senior, academy, women’s and Tiger Cubs disability teams.  It aims to help fans and members of the public select the services that are most appropriate to their healthcare need, helping to relieve the pressures faced by vital NHS services, such as Accident and Emergency departments. It also gives tips on looking after yourself, especially during the winter months, and reminds the public of services such as community pharmacies that can provide advice and over the counter remedies for minor health concerns.

The idea has been adapted from a similar campaign first introduced by NHS Halton CCG working in collaboration with the Widnes Vikings Rugby team and the Renova LIFT Company. Players and coaches from the Super League rugby team based in Widnes joined together to create a series of health video campaigns and the initiative was a huge success, helping to contribute to a 7.8% reduction in local A&E admissions during the pilot phase.

Eberichi Ebere Eze from QPR FC says: “I am really proud to be part of the R NHS campaign. Everybody knows how important the NHS is, so we were keen to give it our full support. I hope that the supporters enjoy watching the videos as much as we enjoyed making them. I’d love to see all the QPR fans getting behind the campaign by sharing the videos and learning how to choose the right NHS services.”

The campaign has been shared on the club’s social media platform and website, and has already raked up a substantial number of views.

We look forward to seeing more local community and LIFT company collaborations in supporting the NHS.