In March 2021, the first five laptops were part of a 10 laptop donation to Webster Primary School, in Moss Side, Manchester organised by ZenTec Network Solutions, an I.T. support company based in Dukinfield, Manchester.  There are over 500 pupils at this inner-city school; many families have limited access to laptops or other technology.  The school team were thrilled to receive the donated laptops which were given to families immediately.  Later in the month, two more laptops were donated to families in need via Tameside East Food Bank. 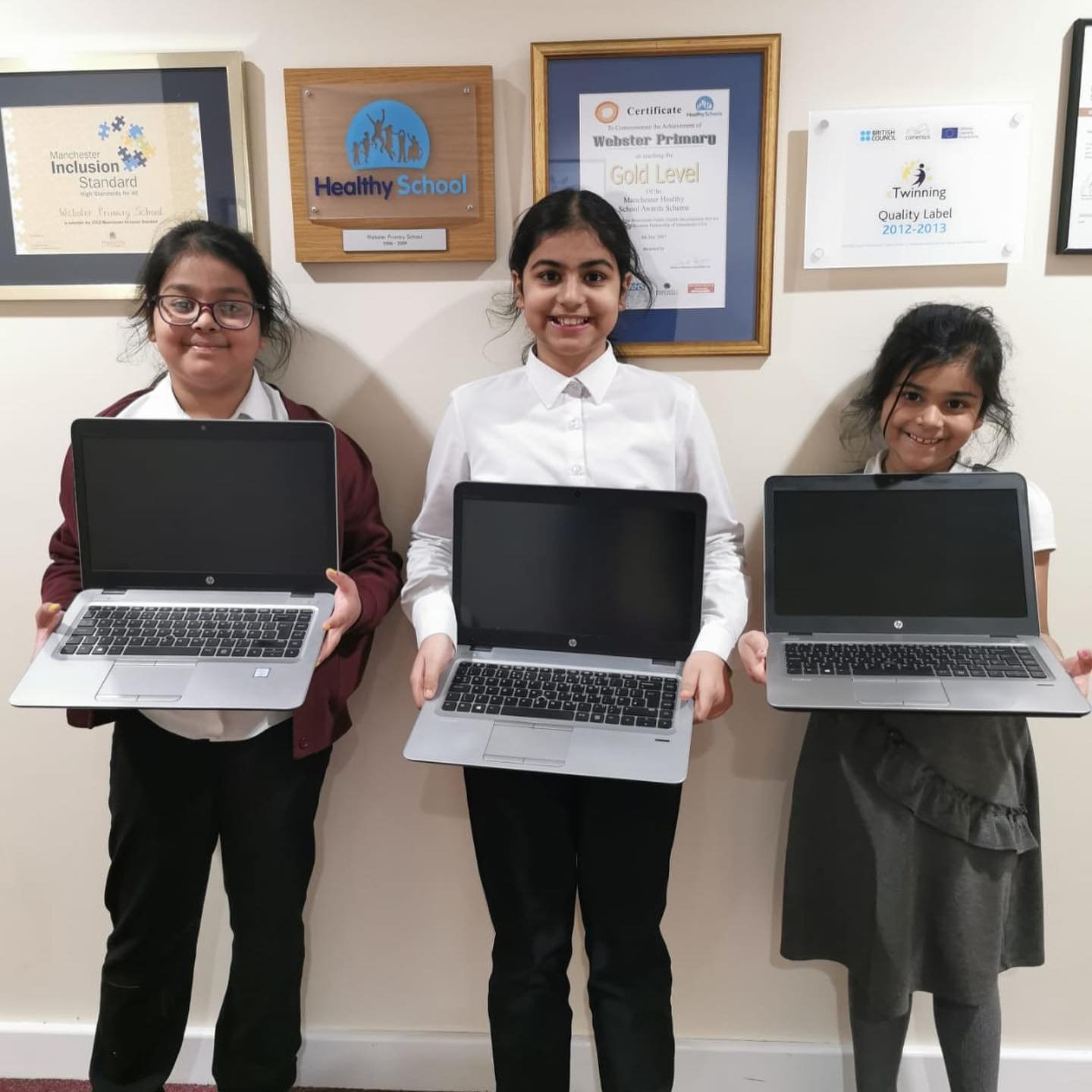 Since March 2020, ZenTec has donated nearly 250 laptops and tablets worth £31,643 to charities including food banks, and 12 primary schools, with the help of their local BNI business networking members. The ZenTec team are refurbishing the IT equipment, upgrading memory chips, updating to Windows 10 software and replacing charging leads.

Mike Brooks from ZenTec said: “Parents were contacting us to get old tech fixed as they had two or three children home schooling. We soon realised many families were struggling to access technology. Schools only had a limited supply from the government and were allocating one laptop per family, if they could. We plan to continue to help children access technology and we are overwhelmed with the amount of support we have received.”

Although children have returned to schools there is still a major need for devices and equipment especially for children who are self isolating at home.

Emily Wetherell, IT Co-ordinator at CHP, approached ZenTec, organised the assessment and the collection of the IT equipment.  This work is part of an ongoing project to ensure that CHP IT equipment can be reused or recycled.

Simon Waters, lead for Corporate Social Responsibility within CHP said: “At CHP we are dedicated to reaching beyond the walls of our buildings and into the local communities we serve.  There is a proven link between education and good health. As such, CHP is delighted to help with this initiative to support the education of our children and young people in these tough times.”

Do you have an old laptop or tablet you could donate?

Check out organisations in your area taking desktops, laptops and tablets to support children learning via www.bbc.co.uk/give-a-laptop.
Zentec is listed on the BBC website to donate laptops and other technology and is also fundraising for new equipment.